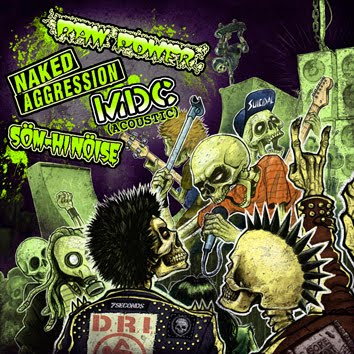 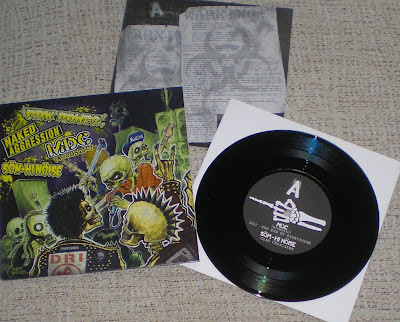 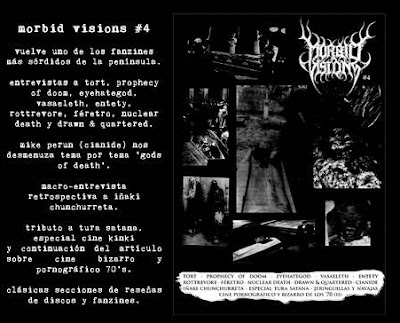 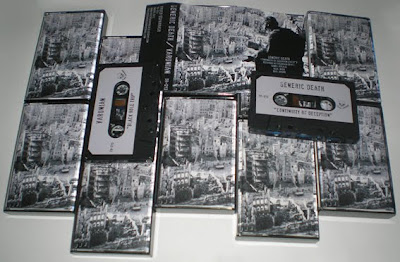 These band names suggest noise and to some extend they are about noise. Generic Death 'was born in 2010 when Dopi (Machetazo, Deadmask, Ruinebell) decided to discharge his frustration against the current state of the underground scene into a recording studio'. There has been some releases on vinyl already. It suggests punk & noise I guess, with a forty-seven track on 12", but here they have one longer track (ten minutes) called 'Continuity Of Deception' which is a more like metal noise sort of thing within the rock line up (drums, bass, guitar, vocals), but it lacks aggression and punch. This is, I would think, largely due to the medium of cassette, which seems to compress the presence of the much needed attention for sonic detail in such music.

The other side is by Roberto Bustabad (Machetazo, Banished From Inferno), who works as Varunian. He rises up from the world with dark ambient in the early stages of his track, but comes in crashing with a blend of loud noise and sonic depth and then slowly dies out again, arriving at where things started in the first place. Here the quality is marginally better, but it immediately improves the music which is a good thing. For me the Varunian side was the better of the two, but I guess its always fine to see 'other' music on tape too. (FdW)
Publicado por Rivers en 11:16 No hay comentarios: 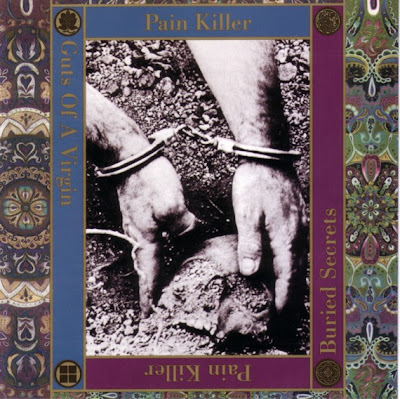