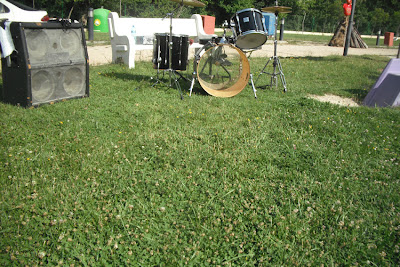 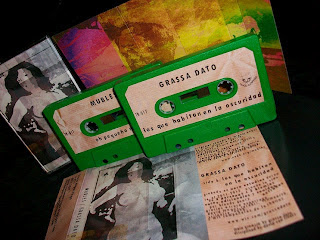 
MIGUEL A. GARCIA & ALICIA GRUESCO & COCO MAYO & ARTUR VIDAL - GROC (CDR/book by Sonoridad Amarilla)
DESTRUCTION DES ANIMAUX NUISIBLES - #1 (cassette by Alteracien)
MUBLES/GRASSA DATO (cassette by Truco Esparrago)
"Three releases which involve Miguel A. Garcia, erstwhile known as Xedh. Electronic music with a wide interest, improviser. The main portion here is a book, the libretto of 'a scene and sound composition'. 'Groc' means yellow in Catalan and 'offers instructions for the scene, and at the same time is a scenographic object. Its objective is not only to be performed but also to be projected into the viewer's imagination'. You go through the book, listen to the music, listen to the pages, see the music. That's the idea, and it starts with a text by Kandinsky. I am sure it's all a bit vague, but perhaps that's the whole idea? The book (about 100 pages) has images, poetry, instructions, stage settings, which may or may not relate to the music. Which may or may not relate to the book. It's thirteen pieces, in just under twenty minutes, so it's not exactly 'Ring Des Nibulungen' or Stockhausen's 'Licht', this opera. If indeed it is an opera. There is indeed not a lot 'clear' about this project.
The music are mere fragments, of found sound (people talking, a clock), maybe of music every now and then, but even then quite obscured in whatever form. While I was fascinated by the whole package, book and music, I also found it hard to make up my mind about it. I guess it's more the overall product than the various parts that make this an interesting packaging.
Garcia as a new group with Marta Sainz (voice, effects) and Enqirue Zaccagnini (electronics and noise) and himself on electronics and noise, under the name of Destruction Des Animaux Nuisibles. They merge analogue and digital noise together and to that end there's two pieces. Side B has a pure improvised piece of noise, while side A is the 'reconstructed version by Garcia. The latter is quite nice piece, despite it's somewhat overlong noise based introduction. Once that's out of the way, the piece evolves along a collage of noisy and less noisy textures, speeding up tapes, slowing down drones and such like. Maybe as a composition not the most strongest effort from Garcia, but overall not bad. The other side, with the improvised piece, is then perhaps nothing more than a nice bonus. 'So you can hear what Garcia used to generate his piece', unless of course old school industrial music is still your cup of tea. Then you might like things as they are.
But then Garcia happens to be a member of Mubles, a free form group which also includes members of other groups such as Kakofunk, Valvula Antirretorno, Baba Llaga, Ravenofthybleakskyes and Loty Negarti, and I had the 'pleasure' to review some of their music before. I don't get this. No doubt this is done with the best intentions and maybe it's even conceptual/arty or such something like, but maybe there is something lost in translation. Or in the recording of the proceedings. Free form improvised noise music from some kind of brutal sort of action thing - or some such. Maybe seeing the action would be a better idea, I was thinking? As of yet I haven't heard something by Mubles I actually liked. On the other side we find music by Grassa Data from Madrid. This is much more coherent music of noise based, read: industrial, historical background. Distorted sounds of feedback, reverb, hiss and other unidentified loops. When the noise hits the van, it hits hard. Not entirely my cup of tea, but much more enjoyable than Mubles". (FdW)
Publicado por Rivers en 14:35 No hay comentarios: 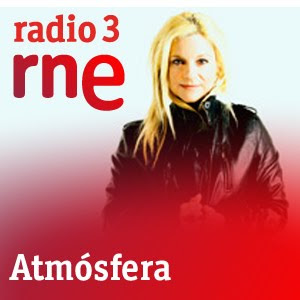 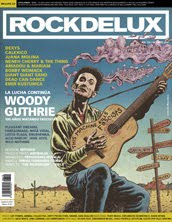