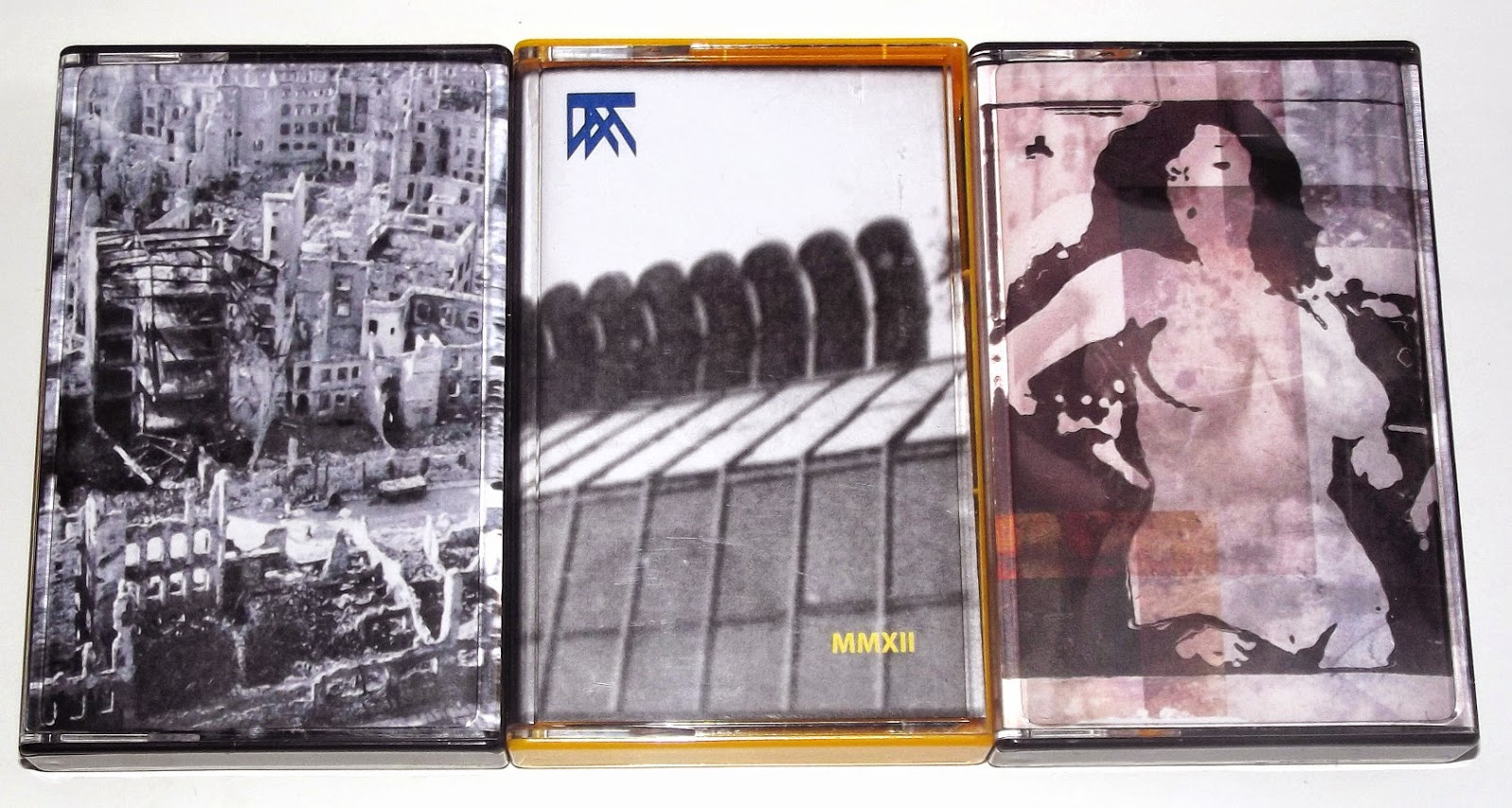 
One fine split cassette of gritty death-dealing noise (TR-013) on the Spanish micro-label Truco Esparrago records. Generic Death are a trio of disaffected young Spaniards grinding out a ten-minute howl called ‘Continuity of Deception’ with just vocals, a bass guitar and drum kit, making a splendid angrified and fiery punk-noise racket. Plenty of grisly pedal effects, distortion and feedback are used to punch the message home, and while it starts off with a steady beat, the song collapses into an anarchic state, leaving the listener in no doubt as to the depth of the bitterness felt by these three firebrands as they exact their revenge on society. I for one would love to be in a band where a guy named Iago is playing the bass. Since Othello, the very name is redolent of revenge tragedy. On the flip side, Varunian take us on a ‘Black Hole Trip’ for fourteen minutes; he too favours excessive effects and creates a non-stop, dense and thickly layered coagulation of ugly noise which is tempered at the finale by sweet but desolate angelic drone effects – a very compelling and near-psychedelic concoction, a Technicolour rendition of the Apocalypse. The creator is Roberto Bustabad, who also calls himself Rober or even Graverobber; he hasn’t made too many records as Varunian, but has been very active in the Spanish grindcore and Death Metal “scene” since 2001, playing his diabolical guitar (probably built in the shape of a scythe) for the bands Banished From Inferno and Machetazo. It’s fair to say his entire work’s underlying theme is an attempt to recreate Paradise Lost in sound, and this spectacular horror-show is no exception. From October 2012.

Another fine split from Truco Esparrago. This cassette (TR-017) features Mubles on the A side and Grassa Dato on the B. I raved about Mubles in 2012. It’s the team-up of the great Miguel A. García with his buddy Alvaro Matilla, although on ‘Oh Pequeno Muble’ there may be some other contributors involved to the general hurly-burly. They create a very jumbled, layered and disconnected sound, as if assembling parts found in a junkyard, and the illogical electronic music brews like a fetid gaseous mist around your ankles, while Matilla intones his chants and poems in a surly snarling rap, this time speaking through a broken telephone receiver. This is completely incoherent, half-insane continuous art-drivel and bound to irritate the heck out of 99% of normal listeners; just great! Grassa Dato’s side is called ‘Los Que Habitan en la Obscuridad’, and is likewise jumbled and chaotic, but with considerably more emphasis on the aggressive and unpleasant power electronics. There’s a voice to the forefront of the hideous murk, said voice naturally enough transformed into that of an ugly barking cybernetic creature intent on covering us with radioactive slime before chomping off our limbs with crocodile jaws. Grassa Dato creates a highly effective and dynamic roar, not without its fair share of grotesque distortion and shrill air-bomb bursts. This all seems to fit the profile of this very prolific noise and power electronics act which has made about 28 albums since 2011.
Publicado por Rivers en 12:51 No hay comentarios: